Today we will start at the end, with the cork. Or if we look at it from another perspective, from the beginning: uncorking and the celebration of good living. 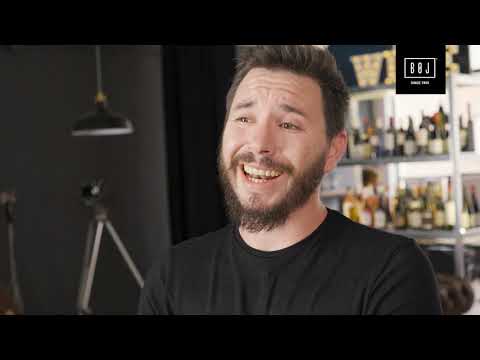 Although it may seem very ancient to us today, the cork was first used in 18th century France.

As with all stories about alcohol, it was a monk who discovered its properties: Dom Pierre Pérignon. He realised that cork stopped the carbon from the second fermentation uncorking the bottle. As you can probably guess, this Benedictine monk was also the inventor of Champagne.

Out of curiosity, to make a cork, the cork oak must be a minimum of 25 years old, and after removing the bark it will need another nine years before it has sufficient quality to be made into a cork.

Why is the cork so important to a bottle?

Simply because wine is a living being that evolves and needs to breathe inside the bottle. It must also be protected from the outside.

The cork is another natural and living element able to contract and expand with changes in pressure and temperature. This virtue, its elasticity, allows it to preserve the contents of the bottle regardless of conditions in the external climate.

Linked to that elasticity, the cork has another marvellous advantage: it allows for the micro-oxygenation of the wine. This is necessary as those tiny amounts of oxygen that penetrate into the bottle allow the wine to slowly and progressively evolve. This is essential for the ageing of the wine in the bottle.

Interestingly, despite this, corks are waterproof. Although they allow air to enter in imperceptible quantities, they insulate the wine from the outside. This is not only with regard to oxygen, but especially in another aspect that can completely change the organoleptic profile of a wine: moisture.

Other options for sealing bottles.

In addition to corks, in recent decades the synthetic or silicone stopper has started to be used, becoming increasingly normal and especially so in the British market. However, do not think that it is used in inferior quality wines.

The main difference between the two corks is that silicone is used in wines that can be drunk during the year. Certain whites, young reds... in short, wines that do not age inside the bottle.

However, cork is used for whites that have spent time in the barrel and barrel-aged red wines such as crianzas, reservas and gran reservas. These wines need to evolve in the bottle and therefore need to breathe.

Another difference is that cork needs to be in contact with liquid so that it does not dry out, which is why bottles are stored lying down. Bottles with silicone stoppers do not have this issue, so the wines that use this stopper can be stored upright.

TCA, or trichloroanisole, and why we smell the cork

It’s not all advantages with cork. Like any living being, it may catch a disease and pass it on to the wine. TCA.

TCA, or trichloroanisole, is a condition caused by a type of fungus that causes the wine to have an unpleasant smell and taste, like damp or wet cardboard.

It is said that between 1% and 4% of bottles using corks may have this problem. If you have a sommelier, they will be responsible for changing the bottle, but if you detect it yourself, do not hesitate to ask them to bring you a new bottle.

That is why it is so important to smell the cork before trying the wine.

Contrary to popular belief, the cork is only sniffed to see if it is affected by TCA. If you smell wet cardboard, vinegar, staleness or even glue, the wine is corked.

Does the cork of a good wine smell better than the cork of a mediocre wine? No. As I said before, it indicates the condition of the wine but not its quality.

What we can observe on the cork is the stain left by the wine. A young wine will leave a bright purple stain, and an old wine a darker, duller stain.

It should only be stained at the bottom. If the entire cork is stained, it is most likely that there has been a wine leak, meaning that some has come into contact with oxygen.

If it is not stained at the bottom, it is possible that it has been standing upright and the cork has not received the moisture it needs, that it has dried out and has not allowed the wine to breathe.

Before talking about corkscrews, allow me to explain that there are different cork sizes. Between 24 and 26mm for young, white and crianza wines and larger ones for reserva and gran reserva wines. This is why BOJ wall-mounted corkscrews have different adjustment levels. This is so the worm does not pierce the cork and cause small fragments to fall into the wine.

BOJ holds a global patent for wall-mounted corkscrews and a worm that is exclusive on the market. Its worm has grooves on one side, making it the only one that can open all cork types. It is especially good for the silicone corks we discussed above, which slide when using a normal worm, especially if they have wax on them.

Finally, I invite you to take a look at the BOJ range of wall-mounted corkscrews in its catalogue. There are many models and colours, including one that is 24-carat gold plated. The important thing is that they are not only useful for restaurants and wine bars. Thanks to their stylish design they can be highly decorative, and of course useful, in any kitchen.

I will finish with one of the rare occasions in which we cannot use a BOJ wall-mounted corkscrew.

For very, very old wines and to prevent the cork from falling into the bottle, the disgorgement technique is used. This consists of heating the neck of the bottle below the cork to remove the upper part. Firstly, the diameter of the bottleneck is heated and then the cork is detached using cold tongs, thanks to the temperature difference with the rest of the bottle.

They say that this is what convinced Frank O. Gehry of Marqués de Riscal to design his spectacular hotel: uncorking a bottle from the year of his birth, 1929.

A trip to the Rioja Qualified Designation of Origi ...